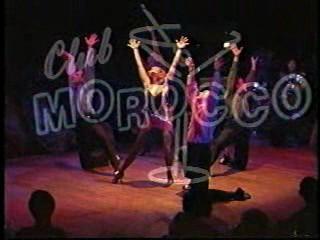 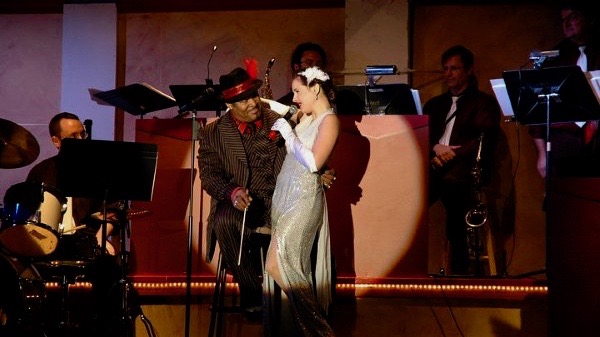 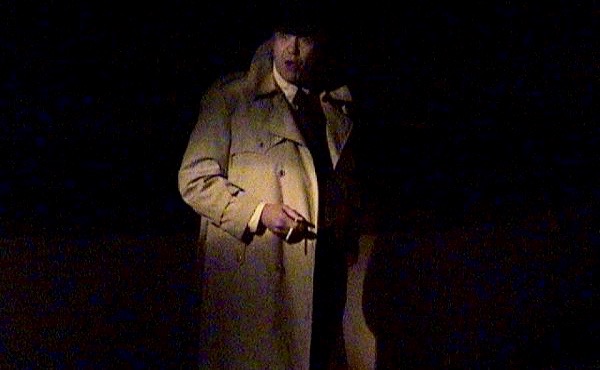 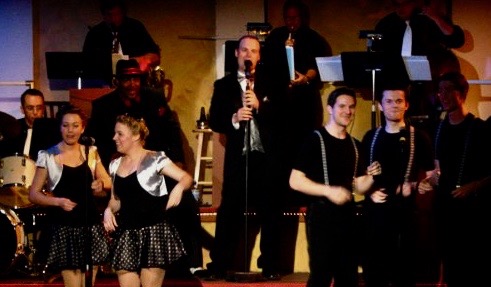 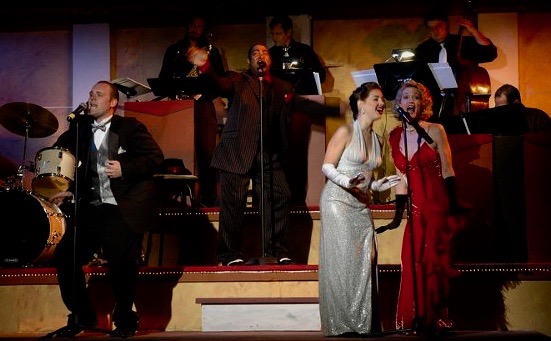 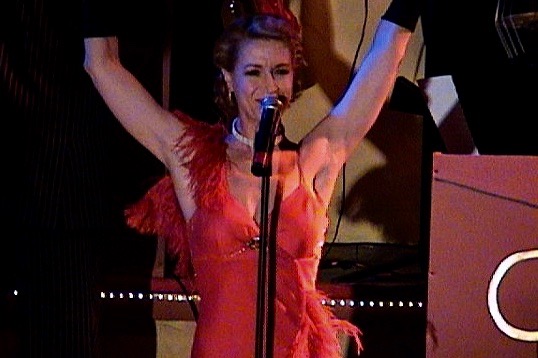 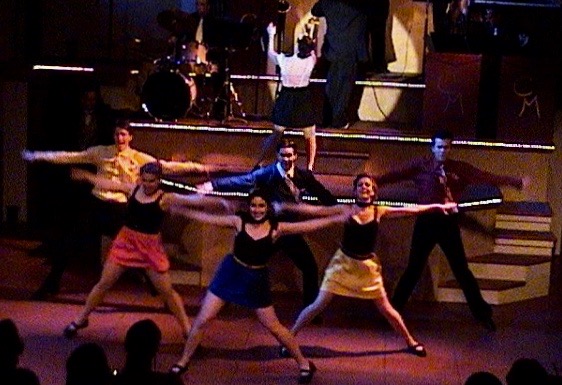 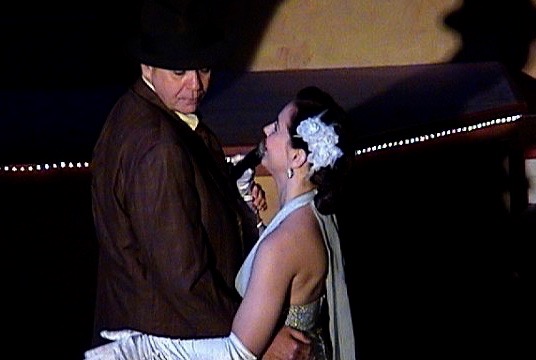 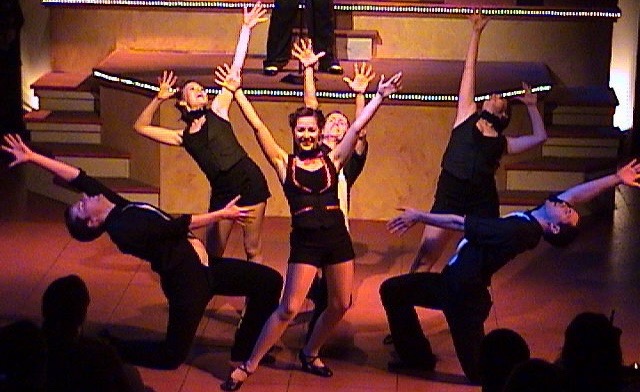 Hard-boiled pure noir fun, featuring gumshoes, dames, gangsters and grifters. A tough private-eye’s search for lost love is underscored by the greatest music of the 20th-Century: “Minnie The Moocher”, “Stormy Weather”, “Old Devil Moon”, This Joint Is Jumpin'”, “One For My Baby”, and many more! You’ll come for the mystery, the romance, the champagne. You’ll stay for the swing!

Minnie the Moocher
I Get a Kick Out of You
Old Devil Moon
This Joint is Jumpin’
Pennsylvania 6-5000
Kalamazoo
Moonlight in Vermont
Jump, Jive an’ Wail
I Got Rhythm
Flat Foot Floogie
Under My Skin
Papa’s In Bed With His Britches On
Begin the Beguine
Mambo 99

Sing, Sing, Sing
Chattanooga Choo Choo
Stormy Weather
Embraceable You
You and Me and the Bottle Makes Three Tonight
As Time Goes By
Me and My Shadow
One for My Baby (and One More for the Road)
In the Mood

CLUB MOROCCO is one of the highest grossing and most successful shows in the 21 year history of the Carmel Playhouse!

A high-flying swing-music musical, a celebration of the sounds and styles of a by-gone era, a live film-noir with gangsters and gumshoes, ballads and blues, hot jazz and high-kicking hoofers.

An oasis of smooth in a jagged town of broken dreams…where the swing is red-hot, the beauty dangerous, and the luck as fleeting as the love.”

Where Zoot-suited bandleader Chick Valentine brings the heat every night with his onstage band, The Swing Street All-Stars. A motley crew of “killers, grifters, con-men and thieves”, the All-Stars are “the hottest bunch of hep-cats around”, who work their horns “like there’s nothing left to lose.

Whose owner, gangster Torch Tangier, just wants to make his audience “forget about the world outside—tonight, the only world that exists is right here—at The Club Morocco.

Where the only fly in the ointment is hard-boiled private eye, Frank McCann. Harboring a terrible secret, he’s returned, for one last night—to exact revenge, seek redemption, and maybe, if he’s lucky, rekindle a lost flame. Too bad for him, love-shy torch-singer Nugget Rialto, has ideas of her own.

With musical arrangements available for combo or band!

You’ll come for the mystery, the romance, the champagne. You’ll stay for the swing!

An oasis of smooth in a jagged town of broken dreams. Where the swing is hot, the beauty dangerous, and the luck as fleeting as the love.

…Club Morocco is a triple-threat!”

The Grifters
Frank McCann – A hard-boiled Private Eye. He can’t help it, that women love him—that’s just the way it is.
Chick Valentine – The “Cab Calloway”-esque bandleader of The Swing Street All-Stars. He speaks only jive.
Bobby LaRue – The silky-smooth tenor. He’s the Club’s MC, and Chick’s translator.
Slick and Butch Wannabe – The dancing brothers. Their real ambition–to be tough guys.
Rocco deHavilland – The “Fred Astaire” of the Club Morocco.
Torch Tangier – Owner of Club Morocco. The Bad Guy. 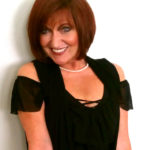 A writer, actor, singer, dancer, director, and choreographer, Barbara was a sextuple-threat, who studied at the Cincinnati Conservatory of Music and acted, sang, and danced professionally for fifty years. She also choreographed more than 200 professional musical theatre productions and concerts including: CATS, 42ND STREET, SINGIN IN THE RAIN, THE MUSIC MAN and SMOKEY JOE’S CAFE. Directing credits include: CATS, GUYS AND DOLLS, FOREVER PLAID, LITTLE SHOP OF HORRORS and OKLAHOMA. Barb performed musical theatre all over the USA, playing a multitude of iconic roles, including Cassie in A CHORUS LINE, Lola in DAMN YANKEES, THE UNSINKABLE MOLLY BROWN, and many more — plus she originated the role of Nugget Rialto in CLUB MORROCO, which she co-wrote with partner Jon Huffman. All her life, she led with love — love for her art, her fellow artists, and the multitude of students she taught along the way, many of whom have appeared on Broadway in some of the modern era’s hugest hits. CLUB MOROCCO is but one of her many legacies. 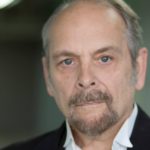 Jon co-wrote CLUB MOROCCO with Barbara Cullen. A theatre professional for over forty years, Jon is the author of several plays, including STUDY BREAK and THE STICK-UP (both of which premiered at Actors Theatre Of Louisville), and the upcoming DEAN MARTIN, KING OF COOL. Also a screenwriter, Jon wrote CONVICTION for Paramount Pictures, starring Omar Epps and Dana Delaney; and LEP IN THE HOOD for Trimark Pictures, starring Ice-T. An actor who’s been onstage playing everything from Iago in OTHELLO to Harold Hill in THE MUSIC MAN, Jon has also been a regular on Days Of Our Lives, General Hospital, and Designing Women, as well as acting in dozens of feature films, including Lolita with Jeremy Irons; Little Man Tate with Jodie Foster, and Fled with Laurence Fishburne.
His biggest break, though, was the life he shared for over thirty years with CLUB MOROCCO co-writer Barbara Cullen. 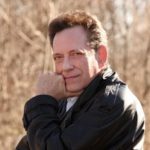 Ashton Wolf is a graduate of the American Academy of Dramatic Arts (NYC) and has achieved notable artistic success as a playwright, director, composer, piano player, and performer. As a writer, he has written and scored the music for 12 musicals including his most recent; a commission from the Brown County Playhouse to pen a new musical about “2020.” Other works include, “Ten Pin Alli,” “Indiana – the Musical,” “HeartLight,” and “Club Morocco,” which has been performed in theaters across the country. His musical, “Last Tango in Paradise” won six Drama-Logue awards tying with “Phantom” and “Les Mis” in the number of awards received including Ashton’s award for best director. He is also the composer of the new patriotic song, “It’s Still America (to me)” which has been performed by the White River Orchestra. He has appeared in many Film and Television Productions and has worked with such notables as John Goodman, Chevy Chase, Dan Ackroyd, Meryl Streep, Bruce Willis, Ray Charles and Cuba Gooding, Sr. For a complete list of Ashton Wolf’s credits please visit his website at: www.ashtonwolf.com. 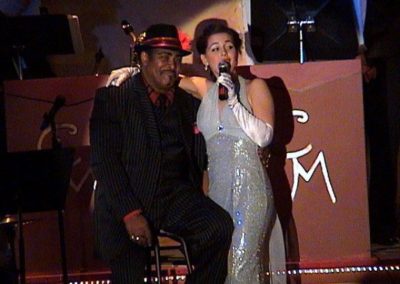 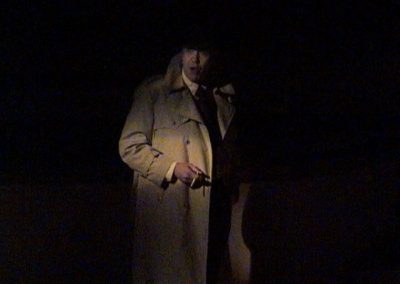 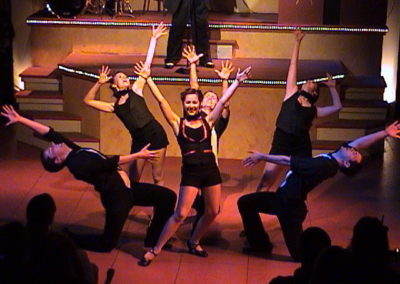 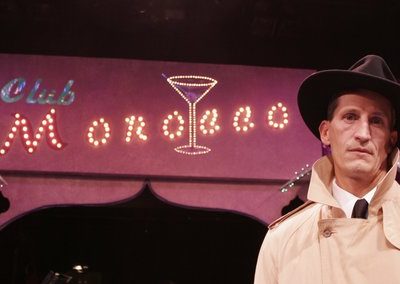 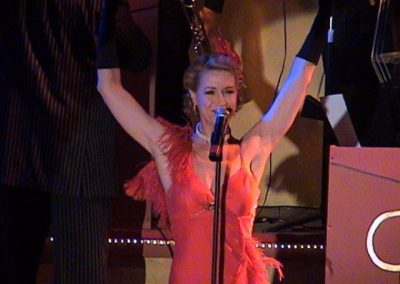 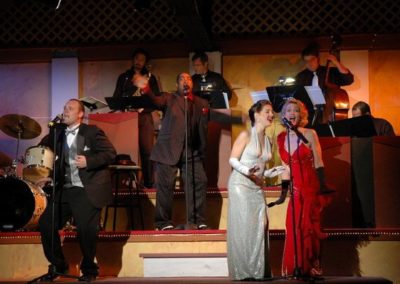 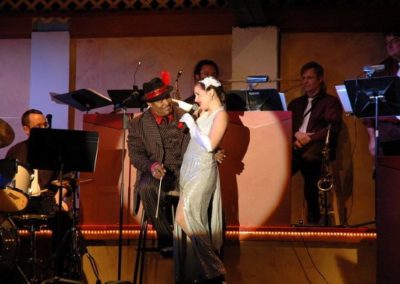 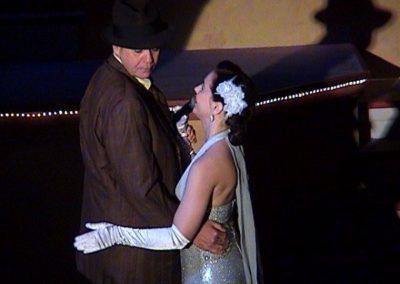 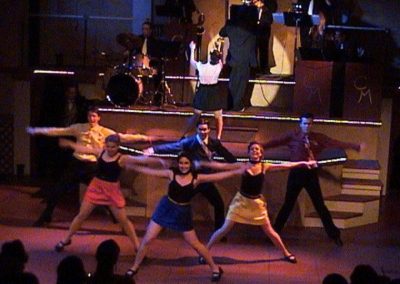 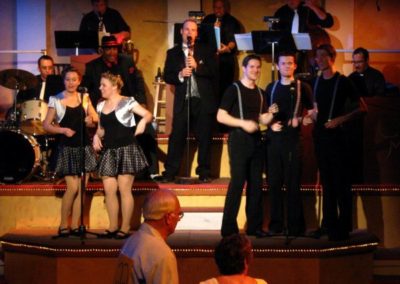 I've Got You Under My Skin - Trumpet Solo