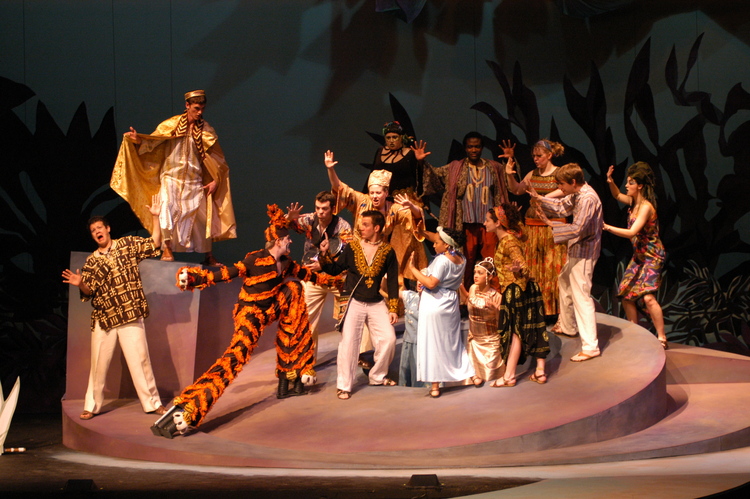 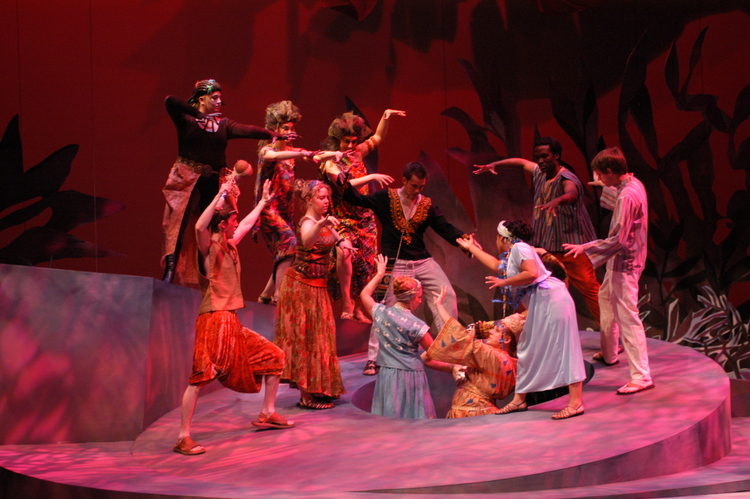 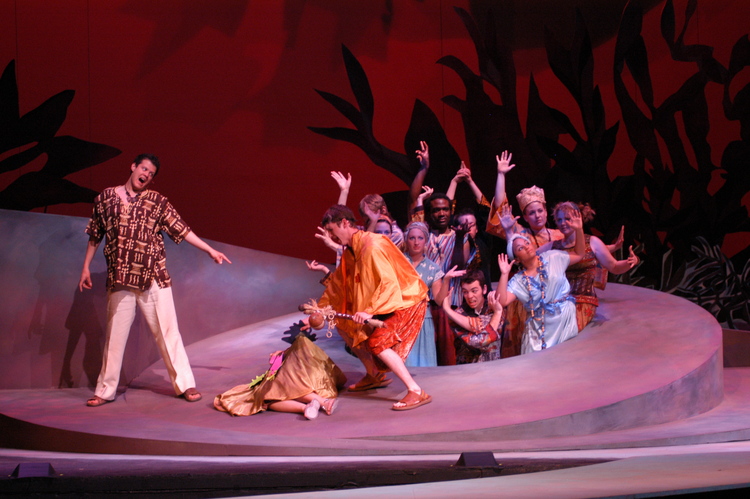 A long time ago, one week before you were born, an evil witch cast a spell on the prince of a jungle village splitting him into two different people, his bad half, and his good half. His good half lay sleeping at the other side of the jungle, while his bad half wanders around causing trouble.  In order to break the spell, someone must journey through the jungle to his body and cry twelve jars of tears.  Fenda Maria is the one chosen for the job. Before she leaves she asks the village witch doctor to join her and protect her as she travels through the dark and scary jungle.  Join her as the evil witch tries to stop her and the doctor as they travel through the jungle.  The Incredible Jungle Journey of Fenda Maria is a children’s play in one act, written by Jack Stokes, and is enjoyable for people of all ages.  The narrator tells the story as it happens, and allows for audience participation throughout the show.  Join Fenda Maria, the Doctor, and the witch as they learn the importance of being a good person.

The odyssey of Fenda Maria is a children’s story, a fantasy rich in adventure, romance, and a surprising amount of humor.

The show is interactive, audience response asked and freely given.

I enjoyed the production very much and passed a very pleasant hour with the playwith my grandchildren grandchildren who loved it.

According to African legend, within each human being there are two separate selves: a wholly good self and a wholly bad self. The two halves are constantly in flux, warring with each other for the larger share of whatever soul they’re occupying. Good people are those who are able to subdue and control their bad half, whereas bad people are those who have allowed their bad half to get out of control. In this production of Once Upon a Time and Far, Far Away…, the Yale Children’s Theater offers a highly accessible and entertaining fable about good, evil, and the duality of the soul.

It’s a rarity to get a chance to watch and interact with a performance of a traditional South African folktale. Don’t disregard the performance because of its outward simplicity–the moral of this story is that sometimes, the simplest lessons are the most important.

ABO THE NARRATOR, who tells the story and can even provide sound effects

CHIEF MAN, a robust man in his prime, the father of the sleeping Prince Ngana

BIRD-TALKER, another member of the Chorus (of either sex) who steps out of the chorus as Bird-Talker.

MARIA’S GIRL FRIEND, another member of the Chorus

MARIA’S MOTHER, another member of the Chorus, who (as Maria’s mother) yearns for a little fame through Fenda Maria.

FENDA MARIA, a beautiful young girl, the unlikely close friend of the Doctor.

DOCTOR, the village witch doctor, a vain pretender whose principal good trait is his devotion to Fenda Maria.

TAKAYA, the chief of the witches, with outrageous hair and weird facial
features, who fancies herself as beautiful as Maria.

HORRENDA, another witch, at bottom rather good-hearted.

TIGER MAN (or TIGER WOMAN), who can also serve as a Chorus member, so long as there is provision made so that he or she can don Tiger costuming when it is needed. He or she can wear a loose robe over his/her tiger costume, which can be thrown off at the moment the Tiger Man (or Woman) makes his/her appearance.

CHORUS, which can consist of Messenger, Bird-Talker, Maria’s Girl Friend, Maria’s Mother, the Tiger Man, plus as many other performers as wished.

Jack Stokes is a retired professor of speech and theatre from Southwestern Illinois College. He has degrees from three colleges – BA (English and Social Studies), Indiana State; MA (English), University of Illinois; and Ph.D. (Speech and Theatre), Southern Illinois University at Carbondale. At Indiana State he was awarded the William C. Ball English Prize in 1950, and at SIU-C, a fellowship in 1968.

He is a three-year veteran of World War II and a member of the VFW, having spent two and one-half years overseas during the war. One good thing that came out of this experience (besides the satisfaction of having helped save the world) was being stationed in Salzburg at the time of the rebirth of the Salzburg Festival at the end of the war. As he writes this, he is listening to a symphony by Sir Edward Elgar only one of the many composers whose work he enjoys.

He is the author of many plays and readers theatre pieces, among them Wiley and the Hairy Man, published by Dramatic Publishing Company and anthologized in the collection Plays Children Love; The Incredible Jungle Journey of Fenda Maria, anthologized in two collections – Contemporary Children’s Theatre and Eight Plays for Youth; and Mama Medea, a one-act play which won first place honors at a national junior college contest in 1974 and is the basis of a movie Mama Medea, produced and directed by Dennis Vaughan.

He is the director of the RSVP Readers Theatre in the county in which he resides. He enjoys directing and acting in local community and college theatrical productions (In November, 2005, he portrayed Mr. DePinna in You Can’t Take It With You. In an earlier production of the same play at McKendree College, he played Grandpa).

In 2001, the Illinois Theatre Association presented him with the Children’s Theatre Award.

The Incredible Jungle Journey of Fenda Maria By Jack Stokes 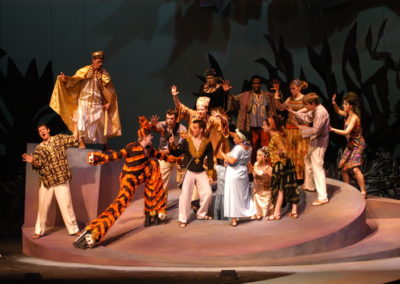 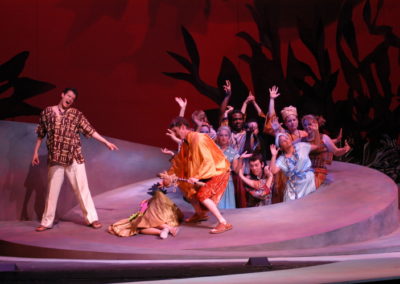 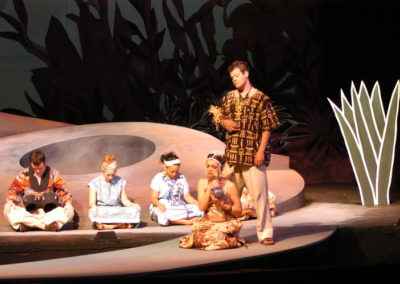 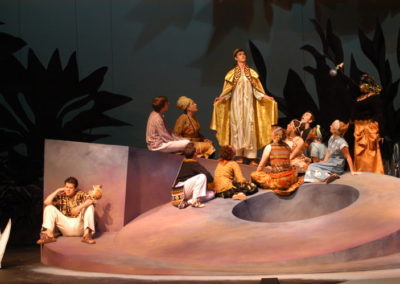 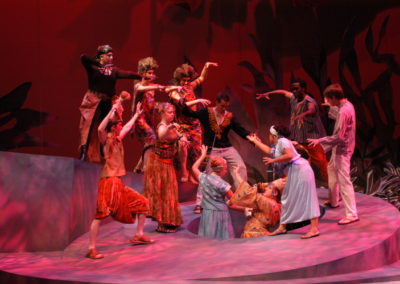 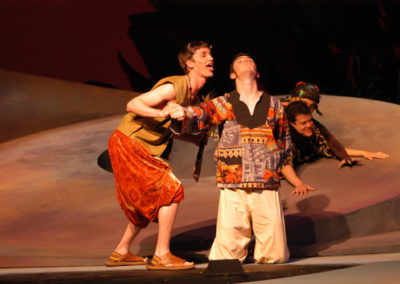